The Movie, The Gala, The Exhibition 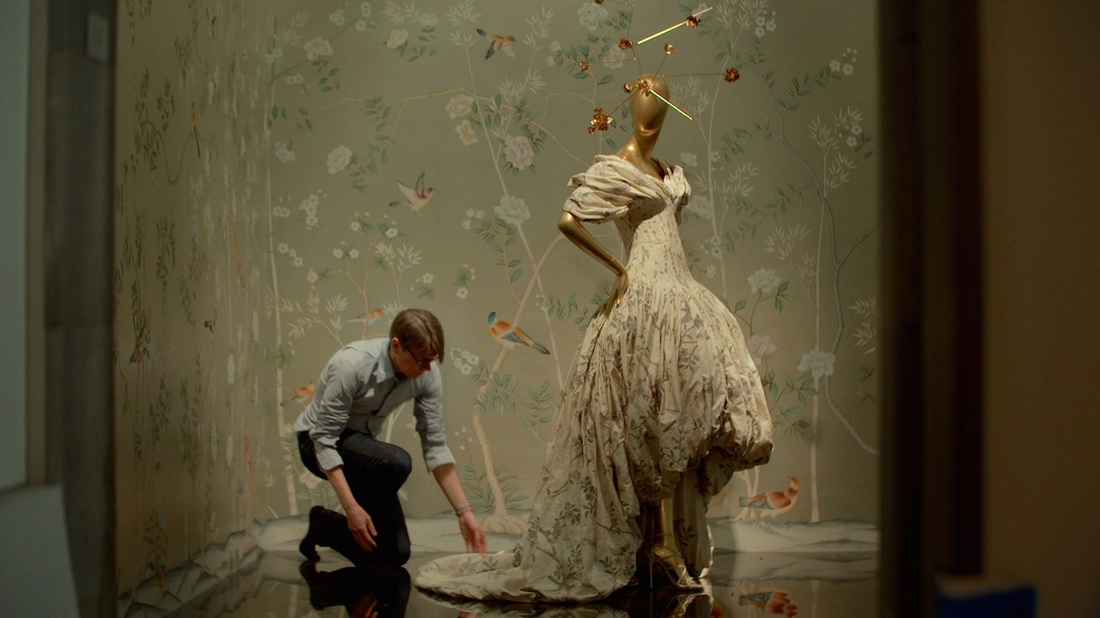 Premiering at the 2016 Tribeca Film Festival, the documentary “ The First Monday in May”, directed by Andrew Rossi, follows the long preparation of the Metropolitan Museum of Art’s Costume Institute exhibition "China: Through the Looking Glass" in 2015 and the behind-the-scenes look at its accompanying gala hosted by Vogue. 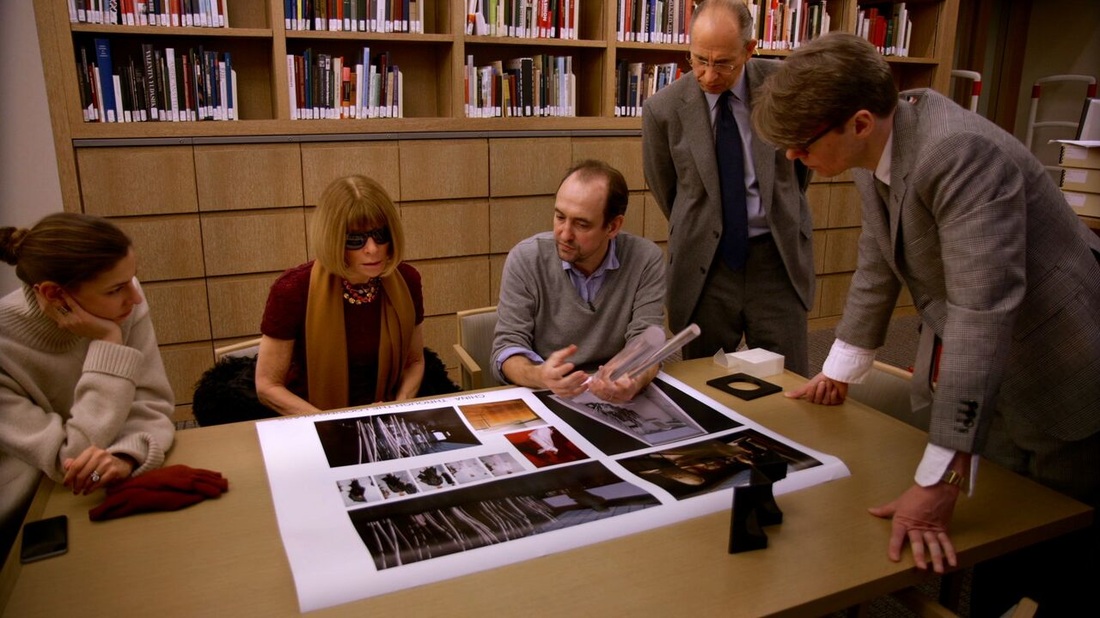 As the Super Bowl of the fashion world, the star-studded met gala undoubtedly was the spotlight that drew far more attention than the exhibit itself. The stressful planning process of the Met gala is also the most dramatic part of the movie. Vogue’s editor-in-chief Anna Wintour keeps her frosty and tough demeanor as usual, which can be seen when she examines the seating chart with her assistants. "Josh Hartnett?" one of assistants asked cautiously. "What has he done lately? Nothing!” Wintour sneered.

Guests were required to dress corresponding to the exhibition theme. Unfortunately, Most of the looks that night had nothing to do with China such as Katy Perry’s graffiti-print Moschino dress. However, there were also some celebrities paying homage to the theme.

​Rihanna chose a bright yellow cape gown designed by Chinese couture designer Guo Pei, which ended up being the most talked-about look. According to WWD, Rihanna saw it when she researched Chinese couture online and thought it would be a dress that a queen of China would wear. This dress weighed about 55 pounds, which took the designer two years to make by hands. Although it turned out to be controversial and ridiculed for looking like an omelette or pizza, it was still good to see that she cared about the theme, respected it and tried her best to find the appropriate fashion image to fit it.

​Emily Blunt’s custom caped gown didn’t attract much attention in the U.S, but won the highest praise on social media in China. This elegant gown from Prada adopted the silhouette of the cheongsam (Qipao), a traditional Chinese female costume, which is the most representative style of China. Meanwhile, it was embellished with oriental embroidery to highlight the Chinese aesthetic.

Wintour wore a Spanish -inspired Chanel frock heavily beaded and embellished with fabric poppies that is clearly far from the theme. Then again considering how few Chinese celebrities she invited to the gala, it’s clear that how unimportant the theme to Wintour. Ironically, most of the Chinese celebrities appearing on the red carpet didn't dress in keeping with the theme.

All Photos: Courtesy of Getty Images
The good news is most of the movie focuses on the production of the exhibit, not gala, from Costume Institute curator Andrew Bolton’s original concept, to his choosing 150 garments and fighting with colleges, to the final installation.

Aiming to explore the Chinese history and cultural influence on Western fashion, “China: Through the Looking Glass” is not only the largest exhibition in the Costume Institute's history, spanning 30,000 square feet and 16 galleries, but also the most visited Costume Institute exhibition ever, attracting 815,992 visitors during its run from May 7 to September 7 in 2015. 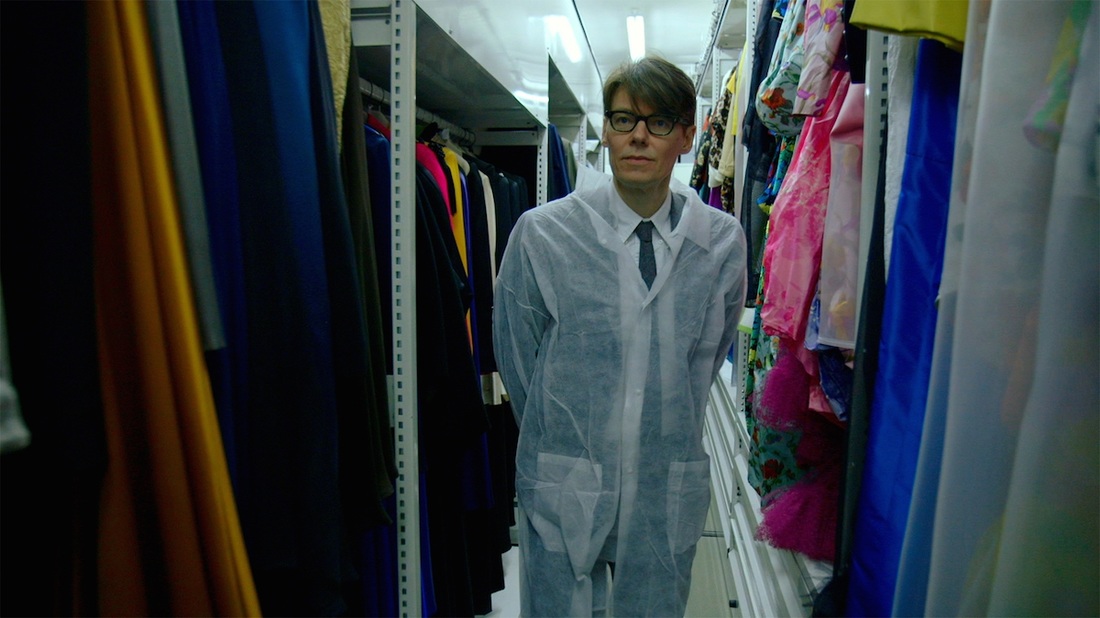 As the economic and political power of China is fast growing, westerners seem more curious about China than ever before. Meanwhile, the Met’s Asian Art Department, which has the biggest collections of Chinese art in the western world, celebrated its centennial last year. Therefore, the fact that the exhibit turned out to be such a blockbuster exhibit was not surprising.

The exhibition was approached with sensitive information. Although Bolton announced that “this show is not about current China”, but “a collective fantasy of China,” he still needed to be careful not to offend the Chinese government and Chinese community. That’s also the reason Hong Kong film director Wong Kar Wai was chosen as the artistic director of the exhibit.

In the movie, when Bolton decided to the put Chairman Mao-inspired section into a room full of Buddhas, Wong immediately raised an objection and said that would offend both Buddhists and the Communist Party of China. In addition, if you attended the show last year, you would have noticed that the message “This exhibition attempts to propose a less politicized and more positivistic examination of Orientalism as a site of infinite and unbridled creativity, “on the wall of the entrance. 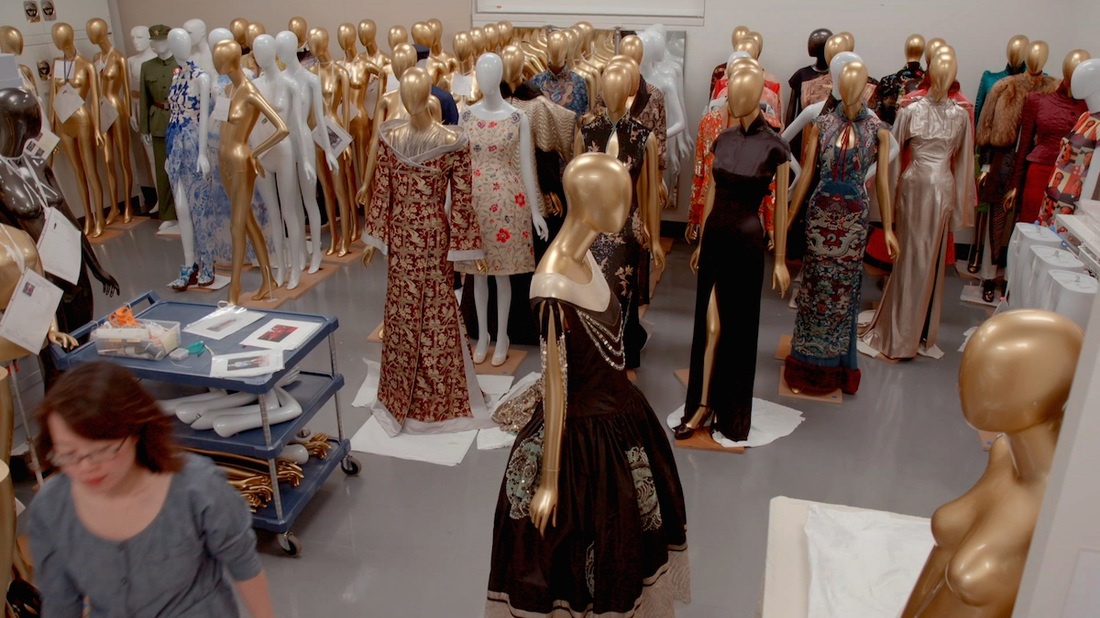 A Chinese review of the exhibit said it was overwhelming western, which is debatable. The exhibit was not originally meant to celebrate Chinese art and culture or promote China, but highlight the impact of Chinese aesthetics on the western world through a collection of garments.

Bolton’s idea to put the original reference objects next to the stunning clothing was pretty smart and provides a clear example of the influence. In a section called “Emperor to Citizen”, audiences could see the original Qing dynasty imperial robes Bolton borrowed from the Beijing Palace Museum and their connection similarity to a lot of beautiful gowns from high fashion designers such as Tom Ford and Yves Saint Laurent. The movie clips from "The Last Emperor," directed by Bernardo Bertolucci, were playing on two background screens to make the gallery more impressive and visual appealing.
​ 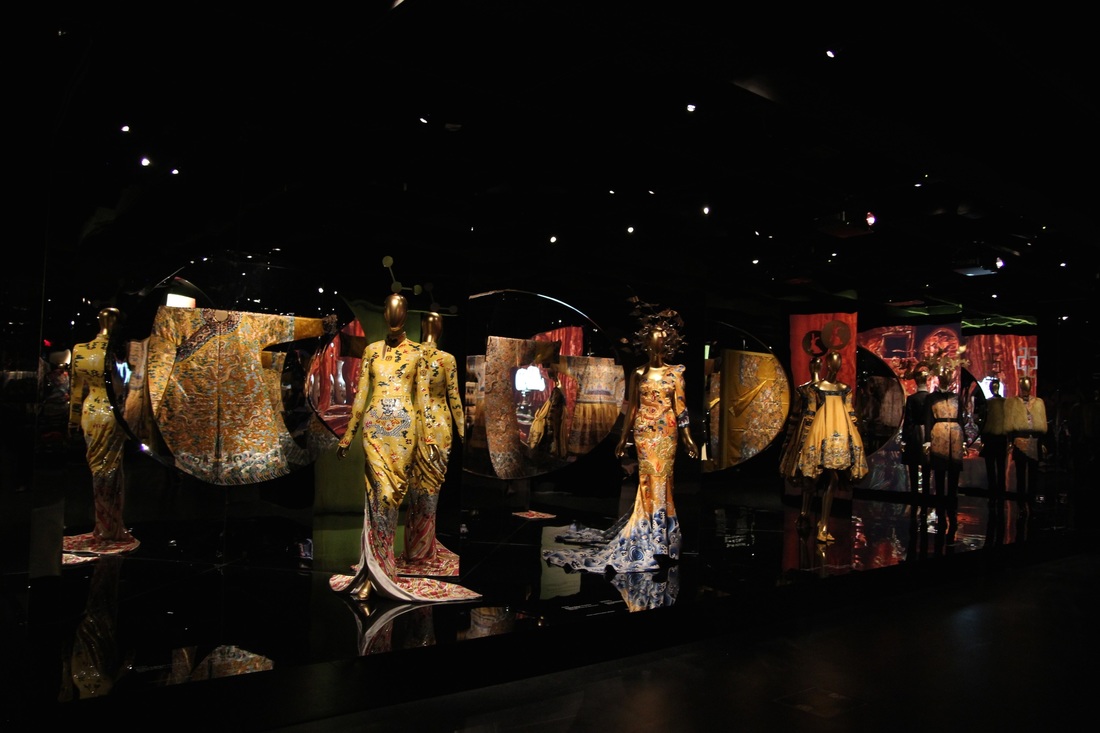 Another collection called "Moon in the Water" featured John Galliano's spring 2003 Christian Dior Couture, which was inspired by the Beijing Opera. All of the fabulous dresses were installed in a Chinese garden with a pavilion and plants. A moon was projected onto the celling and reflected on the mirror-made floor, which was designed to look like water. Fittingly, “through the looking glass” can be translated as “Moon in the Water” in Chinese. So this section not only showed off gorgeous gowns, but also corresponded perfectly with the theme.
​ 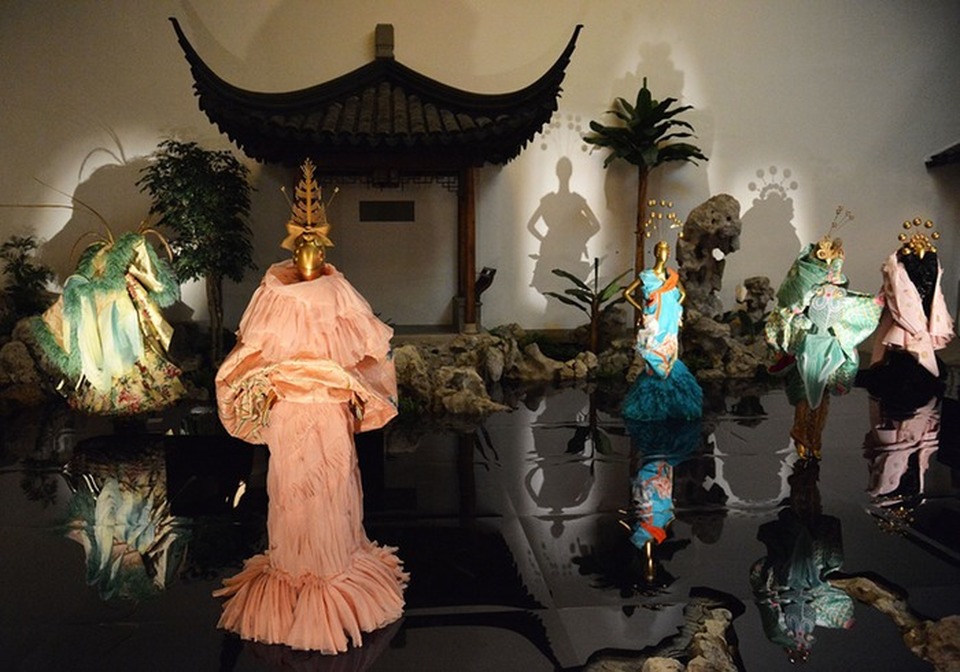 Back to the movie, Jean Paul Gaultier, John Galliano, Karl Lagerfeld and Chinese couturier Guo Pei were interviewed about their inspirations and personal comprehension of the Chinese aesthetic. It also shed light on the old issue about whether fashion can be art, which visitors to the “China, through the looking glass” exhibition could clearly answered that question.
​
Trailer for The First Monday in May
A documentary by Andrew Rossi follows the exhibit-China: Through the Looking Glass and the 2015 Met Gala.
Source: Vogue YouTube Channel
Powered by